This Way Up, Episode 23 – Edith Bowman

This Way Up, Episode 23 – Edith Bowman

“I think there's a lot of time, I totally feel out of my depth. This weekend being a prime example, I had to do three different events with the ‘Irishman' film lot, so you know - Martin Scorsese, Robert De Niro, Al Pacino, Harvey Keitel and it's just like literally A. Someone pinch me and B. What the hell am I doing here?” Edith Bowman 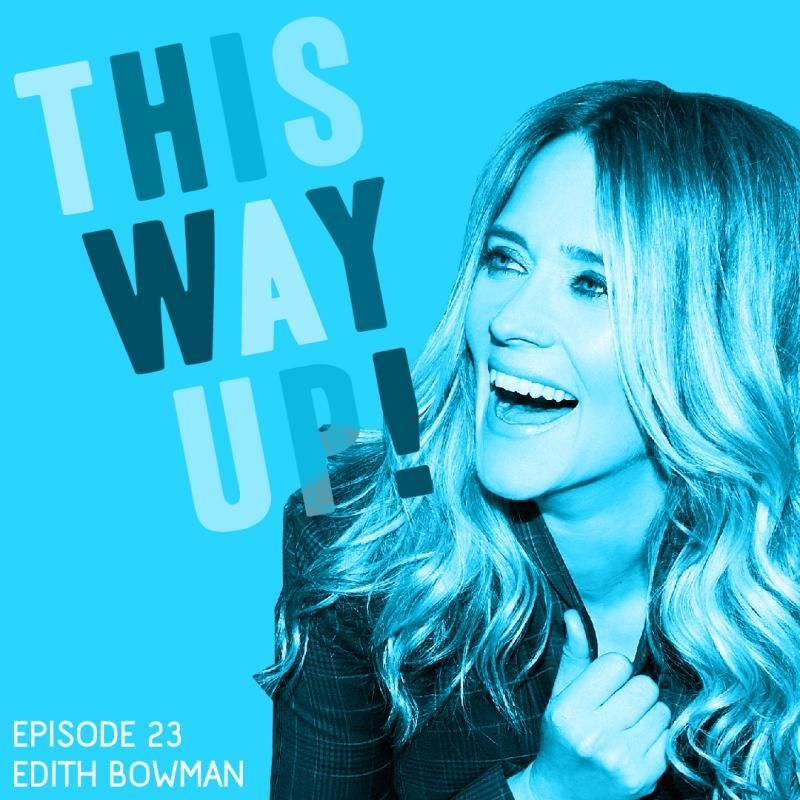 In this episode, I talk to Edith Bowman. Edith is a broadcaster and writer and has been working in TV and Radio for nearly 20 years. Formerly a host on BBC Radio 1 and Virgin Radio, she has also presented many music and film-related TV shows like The Baftas and Glastonbury.

Recently, she has successfully created her own podcast called 'Soundtracking', a weekly half-hour show where she interviews renown filmmakers about their musical influences and their choice of music in films.

So, as you can imagine, I was super eager to talk to her and find out what it’s like to have such a varied career. What stood out for me was Edith’s passion for her job and her relentless pursuit to do the things she loves: Music & Film. It’s her strong internal guiding voice that’s clearly helped her navigate the world of showbusiness, which as she confesses has not always been easy.

In fact, she is refreshingly honest about all the different types of rejections she’s received over the years and how she’s overcome them. We talk about the fact that when she first started out, she was told she could never be a radio host because of her thick Scottish accent.  And of course, that’s not the case and Edith has gone on to interview countless famous celebrities, including Quentin Tarantino, Martin Scorsese and Robert De Niro just to name a few. Her accent is now her trademark and often breaks the ice with the people she interviews, with Joaquin Phoenix recently attempting to imitate it.

We also chat about her feeling nervous and blagging it, to my surprise Edith confesses that she still gets extremely nervous and sometimes even feels out of her depth when doing interviews – who would have thought it! But of course, this doesn’t show and she reveals her tricks on how she is able to use that nervous energy to push on with the interview.

We cover so many different subjects and to say that I enjoyed my conversation would be an understatement. In fact, our chat goes on for a tad longer than usual but completely worth it.